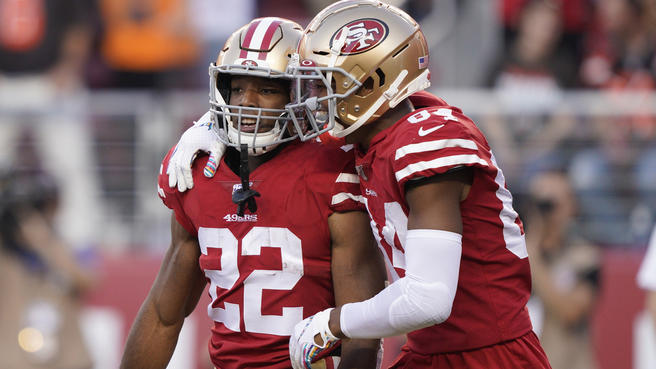 The Faithful have spoken, and they’re not too enthused about the 49ers potentially trading the earlier of two first-round picks in this month’s NFL draft.

Over two-thirds of the respondents to the Pro Football Focus’ 49ers-dedicated Twitter account indicated they don’t want San Francisco to trade down from the No. 13 overall pick on April 23.

The 49ers didn’t have the selection until they traded defensive tackle DeForest Buckner to the Indianapolis Colts. San Francisco’s first pick otherwise would’ve occurred at No. 31 overall, and the 49ers still don’t have picks in the draft’s second, third or fourth rounds.

Trading down from one — or both — of their first-round selections would help the 49ers recoup some much-needed draft picks. San Francisco’s roster is set to become more expensive as its young core gets older, with tight end George Kittle’s potentially record-setting contract extension likely to loom over the coming season.

Finding contributors on rookie contracts, like edge rusher Nick Bosa and wide receiver Deebo Samuel last season, will become even more crucial if the 49ers are going to keep their title window open. They need not look any further than the NFC West rival Los Angeles Rams for how quickly a window can close in the absence of affordable talent.

Dealing either of their first-round picks would help the 49ers replenish the cupboard, but they also won’t have as much high-end talent to choose from if they trade back from No. 13. NBC Sports Bay Area’s Dalton Johnson and Josh Schrock projected the 49ers would select Alabama wide receiver Henry Ruggs at that pick, with Alabama’s Jerry Jeudy and Oklahoma’s CeeDee Lamb — two of the draft’s best options — coming off the board in the two prior picks.

Receiver isn’t the 49ers’ only position of need, but they might not be able to address it as well in a trade down as they would just by drafting the best available player at the position at No. 13. Coach Kyle Shanahan and general manager John Lynch will address this exact dilemma when the draft begins later this month, but it’s clear many of their fans already have a preferred solution.