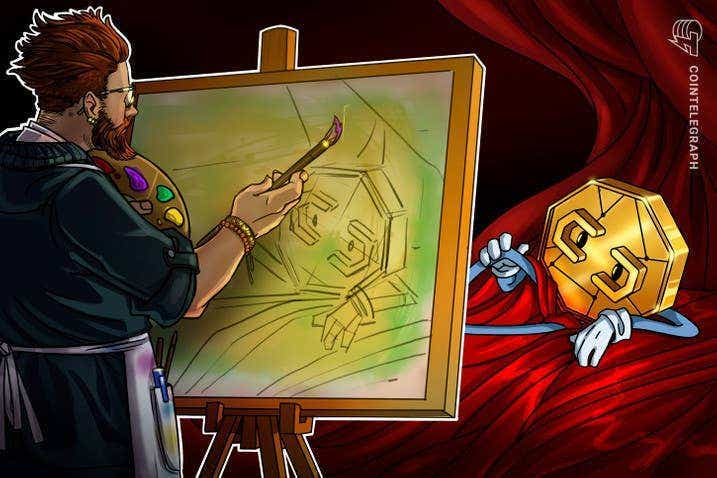 NFTs or non-fungible tokens are getting so much attention that even the Collins dictionary, which announced officially its annual 10-word list for 2021, declared that NFT, even as an acronym, is the word of the year, trumping others like crypto and metaverse, as published by the Cointelegraph.

The artist André Holzmeister, a Brazilian world reference in NFT digital art, stated exclusively to Cointelegraph that the current moment in digital art resembles a new period of enlightenment in world society.

“One of the concepts I’ve been analyzing in recent years is a reflection on the current artistic moment. We are living in a new Enlightenment with the digital revolution. The Enlightenment was a movement that was born in the Renaissance period in the 15th century, in which human progress came to be understood not only from the perspective of science, but also through literary, theoretical and artistic development.”

The comparison was made taking into account what he calls the “moment of humanity”. André explains that, with the advancement of technology in all sectors, including art, an infinite horizon is being opened up for access to production tools that, according to André, until then lived only in the imagination, as well as the explosion of new talents. in the production of digital art.

“From brushes, canvases and paints, art has also found a home in computers, graphic programs and the internet. One of the important points of this revolution was the development of blockchain technology, which allowed digital artists to obtain a certification of ownership of their works – or NFT (or No Fungible Token).”

André remembers that an NFT linked to a digital asset – an image, photo, video, music, among others – makes this item unique in the world, opening space for investors and collectors interested in investing real money in the acquisition of works and assets digital.

“An analogy that illustrates this scenario well is the coat that my grandmother left me as an inheritance. There may be several identical pieces of the same brand and color circulating around, but none of them is “my grandmother’s coat”. In the digital world, everything that is available can be copied. A song, a movie or even a work of art. Prior to the blockchain, there was no mechanism that made it possible to ‘own’ something unique in the virtual world.”

The artist gave as an example one of the most famous works in the world:

“The portrait of the Monalisa, by Leonardo Da Vinci, which is on display at the Louvre Museum, in France, travels around the world through the reproduction of her image. However, the original work, signed by the Italian artist, is in France. Monalisa is the perfect example of how the more the original image is reproduced, the better known the work becomes, and therefore the more valuable it becomes. The blockchain confers the possibility of a digital asset being considered unique and transferable through “smart contracts”, or smart contracts. When this unique item changes hands, only the new owner has this digital certificate.”

André Holzmeister explains that, as the world of NFTs is still something new, he does not believe it is possible, for now, to place everything produced within the label of an artistic movement, as it was in the past, with Modernism, Cubism, Impressionism etc.

“The variety of styles is enormous, but this artistic movement, this digital revolution will certainly be in the art history books as one of the most important moments, as was the renaissance. There’s no such thing as NFT anymore, we certainly have a lot of trends, but more and more we see more artists joining and diluting what was initially considered NFT.”

André commented to Cointelegraph that in the past, before the digital age, having access to art was something for few people and the production of art by artists was also difficult. But today the panorama is very different.

“The digital revolution provided the democratization of art production, as well as the exhibition of talented artists who until then had no space to show their works.”

He claims that the “reproducibility of an NFT is in favor of its valuation.” That is, “the more it is copied, the more it becomes known and your original becomes more and more valuable.”

“That’s where the value of NFTs based on famous memes like Nyan Cat for example comes from. On April 2, 2011 artist Christopher Torres posted an animated Gif that went viral. Everyone copied and reposted, but the creator of the meme put it up for sale in February 2021 and it went for 300 Ether, $1.42 Million at today’s price, or 7.68 Million Reais. The value of this work is not in its pixels, but in the history of this art, in the fact that so many people recognize it because it was reproduced to exhaustion.”

Holzmeister claims this is a one-way street.

“NFT is here to stay and it doesn’t just involve the artistic universe. Anyone who is entering this world of NFTs today, in a few years’ time will be considered a pioneer in this movement. What we are seeing today is just the tip of a gigantic iceberg that is coming to change the world’s economy.”