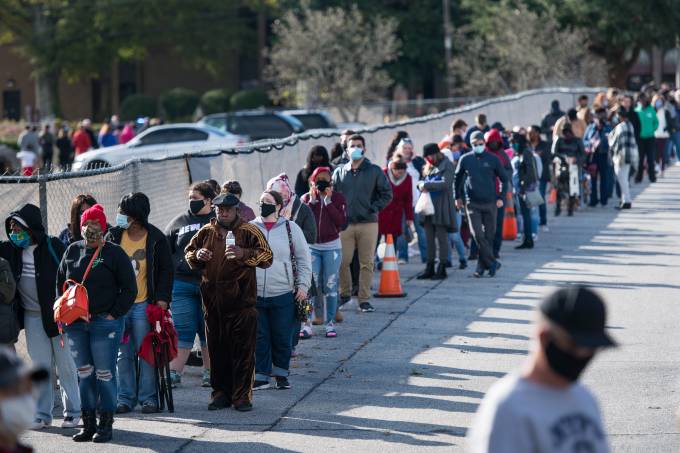 Neither blue nor red, green. Before we know who the American president will be for the next four years, we already know the verdict of voters in five states for advancing policies on Cannabis: an eloquent “yes”. Citizens of New Jersey, Mississippi, South Dakota, Arizona and Montana approved state measures that establish new rules for the medicinal and adult use of the herb, each with its own particularities, as explained in this post.

The most awaited result, which should generate greater repercussions, was in New Jersey, where Public Question 1 – which legalizes the cultivation, consumption and trade of cannabis for adults over 21 years old – won with 67% support at the polls . According to projections by Marijuana Business Daily, a site specializing in industry news, sales of the herb and its derivatives in the state are expected to reach the $ 1 billion mark by 2024. The local decision should also speed up the process of pro-legalization initiatives in neighboring New York and Pennsylvania who will not want to see their residents traveling to NJ to buy Cannabis, mainly because it means a significant tax loss. In addition to the health and social arguments in defense of the herb, the money will end up speaking louder.

In Mississippi, where two similar proposals were at stake, the most liberalizing one (initiative 65) was approved with 74% of the vote, guaranteeing the start of a comprehensive medical cannabis program for patients with different illnesses. South Dakota was even more innovative and became the first US state to approve both the medicinal and adult use of the herb, with 69% and 53% support, respectively. In Montana, recreational use by adults has also passed, with 60% approval. Finally, Arizona voters, who had rejected a similar proposal in the 2016 elections, guaranteed, with 60% “yes” votes, the legalization of Cannabis in the state.

With the 2020 results, we now have fifteen American states where the herb is legal for adult use. At the federal level, the issue should not gain momentum, unless the most recent electoral success resonates in Congress and parliamentarians decide to accelerate discussions to review the status of cannabis in the country. From Trump or Biden, at least for now, initiatives in this direction are not expected. We keep following.