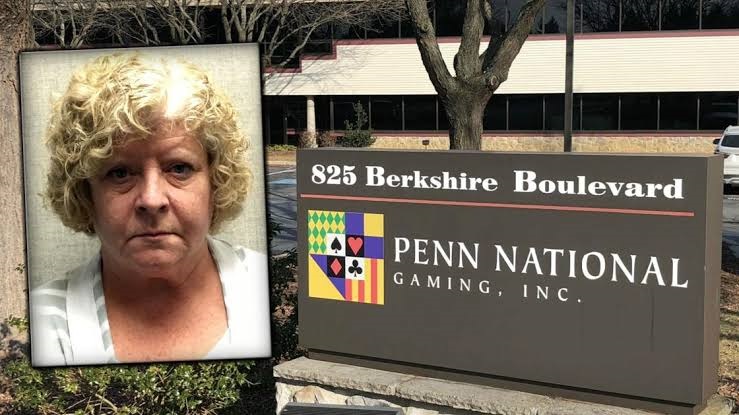 The Berks County District Attorney’s Office announced that a Collegeville woman & benefits director stole hundreds of $25 & $50 gift cards at Penn National Gaming. These are the gift cards that are offered as a prize for the company’s employees that can be used by them for personal use.

Denise M. Bitler, aged 56, now faces multiple charges for her crimes that she committed with the casino operator from October 2014 to June 2019.

Penn National Gaming, located in Wyomissing in Berks County is known to run 43 gaming as well as racing facilities across 19 different states. In this, Bittler was in charge of operating the wellness program at the company. This program included awarding employees with gift cards if they completed certain health initiatives or volunteer activities.

As per the statement of DA, Bitler kept all they gift cards in her office and between the time period of 2018 and 2019, she used hundreds of them for her personal use like on vacations, retail purchases, or for paying her medical bills.

This was not all, Bitler also enrolled herself and her husband in Penn National’s medical enrollment forms as non-smokers. Due to this, she saved around $1200 a year. DA later stated that they both were smokers that entire time.

After all this, she now faces charges of theft by failure to make required disposition of funds that were received, theft by deception, theft by unlawful taking or disposition and other related counts. According to the news highlights, she was arrested on 12th December and was released on the bail amount of $80,000. Following this, the hearing is forthcoming.