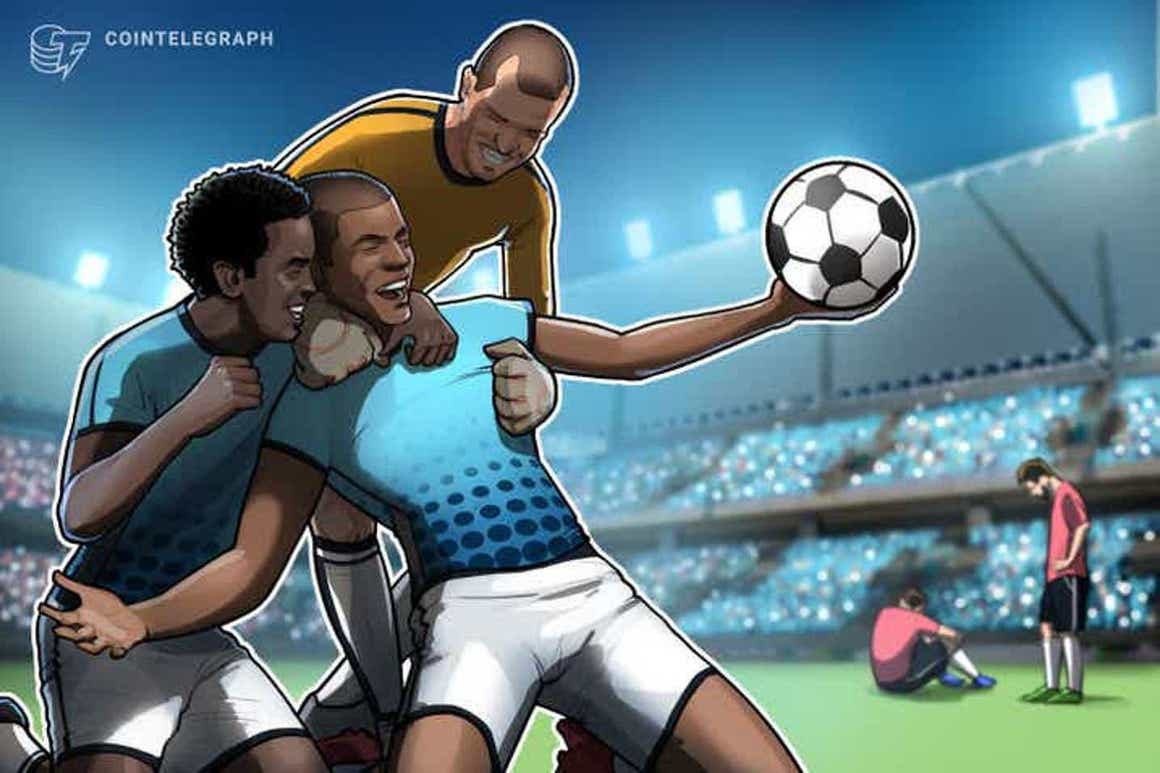 The South American Football Confederation (CONMEBOL) and the exchange Crypto.com this Thursday announced a partnership agreement whereby the cryptocurrency trading platform becomes the official sponsor of the most important football championship in South America , the CONMEBOL Libertadores Cup. The information was released in a joint press release.

The contract is valid until 2026 and the Crypto.com brand will already be present in the final of the current edition of the competition, which takes place next Saturday and will put Flamengo and Palmeiras, two Brazilian football powers, face to face.

Catch us on Saturday’s Final in Montevideo!

Join us on Saturday’s final in Montevideo!

The agreement calls for Crypto.com to become the first integrated Virtual Referee (VAR) brand in the competition’s games. In addition, Crypto.com will have its brand exposure in stadiums, events, CONMEBOL Libertadores broadcasts.

In joint actions, CONMEBOL and Crypto.com will develop NFTs (non-fungible tokens) associated with the history and brand of CONMEBOL Libertadores. These digital assets will be traded through Crypto.com’s dedicated NFT platform, the statement said. NFT Crypto.com aims to become a reference for non-fungible token collections from the worlds of art, design, entertainment and sports.

The announcement of the partnership with the South American football confederation reinforces Crypto.com’s position in the world of sports worldwide. One of the company’s focuses at the moment is to expand its share of the growing Latin American cryptocurrency market, as stated by Kris Marszalek, co-founder and CEO of Crypto.com in the press release:

“CONMEBOL Libertadores is the pinnacle of South American club football – this exciting and beautiful sport, of ups and downs, that we are like no other. Our survey shows that Latin America is leading the way in cryptocurrency adoption, with 40% of Latin Americans saying they are interested in purchasing crypto in the near future. Naturally, we were eager to support the continent’s most important club football competition, increasing our portfolio of world-class sports sponsorships.”

The company recently announced that it has entered into a 20-year contract to rename the Staples Center, the iconic sports arena that is home to the Los Angeles Lakers – one of the most traditional teams in the US professional baseball league (NBA).

Other sports entities that signed sponsorship contracts with Crypto.com include the UFC, Formula 1 and Paris Saint-Germain, a French football club where Brazilian Neymar and Argentine Lionel Messi play.

Founded in 2016, Crypto.com today has a customer base of over 10 million and stands as the fastest growing global exchange in 2021. Recently, its native token, the Crypto.com Coin (CRO), entered the top 20 in the ranking of cryptocurrencies by market capitalization, having appreciated by approximately 280% since the beginning of November.

As of this writing, however, the CRO is facing a sharp correction and is quoted at $0.78744, down 18% in the past 24 hours, according to Dice of CoinMarketCap.