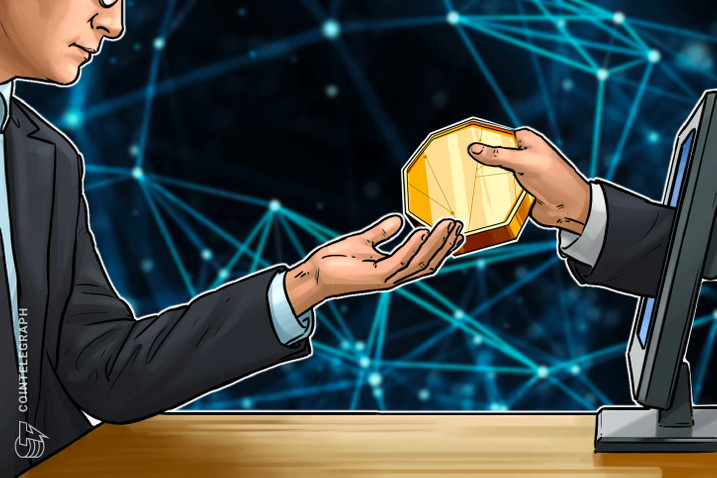 Binance customers complain that company is facing problems with clearing cash transfers via Pix. In some cases, investors wait more than four days for the money to be credited by the exchange.

In total, only in the last 24 hours were recorded 16 complaints on the Reclame Aqui website, and most complaints are related to money transfers.

According to the exchange, some customers face problems with sending money to the platform in the past few days due to the price of Bitcoin that has broken consecutive records in the market.

Pix was officially launched in November 2020, and since then it is a way of sending money remittances widely used by the Brazilian population. No cost to individuals and confirmed transactions in seconds, some exchanges like Binance have recently joined the transaction system.

Although considered a revolution for the digital economy, transactions through Pix for Binance are currently facing problems. According to complaints from exchange customers, sending money is not being compensated by the platform.

This is the case of an investor from São Paulo – SP, whose name was not disclosed, but who filed a complaint against the exchange on Monday (11). According to him, fa money transfer was made to Binance using Pix. 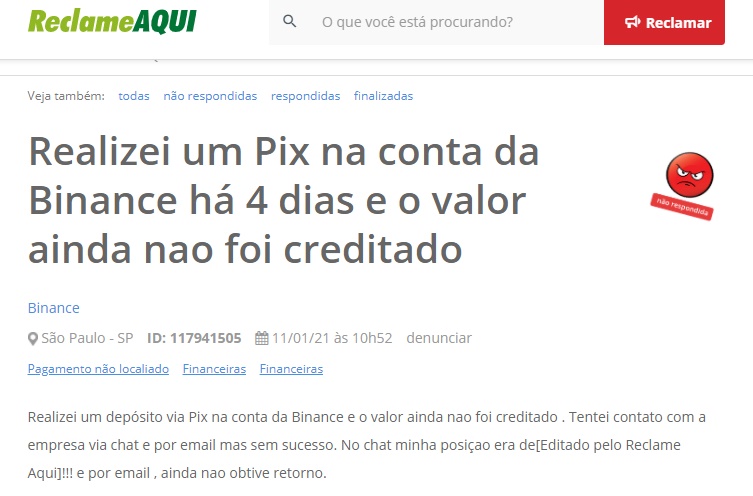 However, the money was not credited four days ago, so the investor decided to file a complaint with Reclame Aqui. Before filing a complaint on the portal, he says he tried to solve the problem with the company through the exchange’s email and chat.

“I performed a Pix on the Binance account four days ago and the amount has not yet been credited. I tried to contact the company via chat and e-mail, but without success, I still haven’t gotten feedback. ”

Money does not fall on the exchange

Binance’s São Paulo – SP client was not the only one who faced problems with transferring money to the exchange. Therefore, another complaint published on Monday (11) reports a similar problem, also involving a transaction via Pix.

According to the investor’s report from Brumado – BA, he sent money to Binance, “but it hasn’t fallen yet”. However, the complaint on Claim Here states that the amount has already been deducted from the user’s bank account.

“I made a Pix transfer to the Binance account, but it hasn’t fallen yet. However, my bank account has already been debited. ”

The price of Bitcoin has caused delays and a rush of investors looking to buy the cryptocurrency in the market. In response to Cointelegraph, Binance manager Mayra Siqueira says that the rise in Bitcoin price has caused delays in clearing transferred amounts for the exchange.

That is, while the price of the cryptocurrency broke records, the volume of transactions sent to the exchange overwhelmed the platform.

“Some customers experienced delays last week, when the Binance platform was overloaded with the volume generated by the Bitcoin pump, and some transactions took longer than normal to clear.”

On the other hand, there are customers who have not had transactions cleared by Pix, due to their own mistake. In this case, the error can delay the compensation of the money due to inaccurate information, or amounts sent that are different from what was declared by the user, for example.

“We had a number of users who suffered delays in their transactions due to information inconsistent with the personal data or the deposit order created. For example, wrong CPF, deposit amount different from deposit order amount, different deposit account ownership. ”