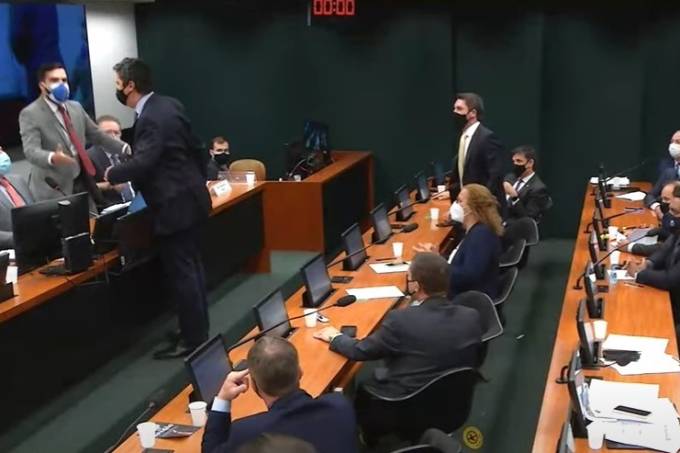 The discussion of Bill 399/15, which can move towards the release of controlled cultivation in Brazil from cannabis sativa for medical and scientific purposes, it has been inflating the mood of parliamentarians, especially the government base. This Tuesday, the 18th, during the special commission that analyzes the PL, deputy Diego Garcia (Pode-PR) started towards the commission’s president, pulling the computer of deputy Paulo Teixeira (PT-SP) and pushing him. The congressman needed to be calmed down by the peers so that the meeting could be resumed.

The confusion happened when a request from Garcia, to postpone the discussion, was denied. The president made a general vote, that is, whoever agreed needed to speak up. As there were no demonstrations, he denied the request. Some deputies then asked for a roll-call vote, in which each congressman must include his vote in the House system. There was talk between government deputies and the opposition. Garcia then got up from his seat and went over to the session chairman, pushing the computer and going over to the congressman.

The committee must vote on the rapporteur’s opinion, deputy Luciano Ducci (PSB-PR). If approved, the bill that is being processed conclusively by the Chamber passes to the Federal Senate.

In addition to Garcia, Bolsonarist deputies such as Bia Kicis (PSL-DF), Carla Zambelli (PSL-SP) and Osmar Terra (MDB-RS), have been inflating their bases on social networks to stop the public discussion under the argument that the project can free or facilitate access to marijuana in Brazil. PL 399/15 does not mention at any time the legalization of adult (also called recreational) use of cannabis. The substitute proposed by deputy Luciano Ducci (PSB), which should be considered on Tuesday, legalizes the cultivation of the plant but imposes restrictions. Planting can only be done by legal entities, such as companies, patient associations and non-governmental organizations. There is no provision for individual cultivation.

The cannabis-derived medicine sector is considered by experts as a promising frontier to be explored, as this week’s SEE shows. According to data from consultants The Green Hub and New Frontier Data, the Brazilian market for cannabis-based drugs has the potential to reach R $ 4.7 billion annually just three years after the creation of more flexible rules, which allow consolidation of an integrated local production chain, from seed generation to product development and manufacture.

To date, all requests for applications to postpone voting on the House’s special committee have been defeated.