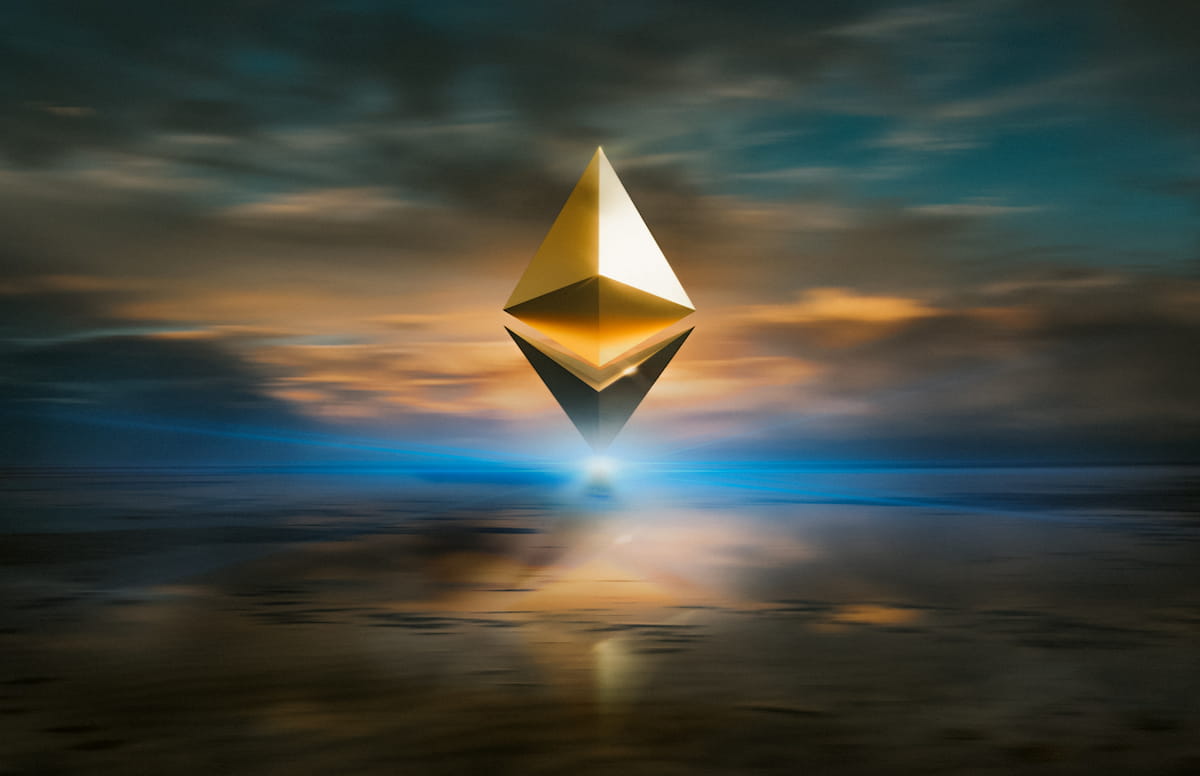 Due to some technologies that will be implemented in the network and also the growth of the market where it is inserted, the Web 3.0, ETH has a promising perspective for the future.

The following article will explain all the characteristics of the asset and also the respective valuation forecasts that were exposed there.

“The ethereum ecosystem supports smart contracts and provides a way to build applications on your platform,” wrote analysts at Goldman Sachs.

“Unlike bitcoin, ethereum is not just a value token, which means it actually feeds all use cases built on top of the ETH blockchain,” Kosala Hemachandra, chief executive of MyEtherWallet, told Forbes in comments by email.

Later this year, a expert panel predicted that ethereum would rise to nearly $20,000 by 2025, a 400% increase from its current price, with “major updates” on the ethereum network potentially pushing it to the moon.

The panel, including Coinmama Chief Executive Sagi Bakshi and ConsenSys Chief Economist Lex Sokolin, interviewed by the Finder website, pointed to the growing popularity of decentralized finance (DeFi) and NFTs, giving the ethereum a case of use greater than bitcoin.

“[DeFi], which so far is building an alternative financial system that is more accessible and democratized, is largely built through decentralized applications on the ethereum network,” said Iwa Salami, panelist and senior lecturer at the University of East London.

According to ethereum co-founder Vitalik Buterin himself, a proposed network update that will destroy (or “burn”) eth tokens could mean that ethereum becomes more “solid” than bitcoin.

“If bitcoin and its fixed supply is solid money, then if you have a dwindling supply, does that make ethereum ultra-solid money?” asked Buterin, speaking in a recent episode of the Tim Ferriss Show podcast alongside the investor in Naval Ravikant technology.

“Solid/strong money” refers to the stability and usefulness of a currency as a store of value.

The value of Ether

The case of the Ether token appreciation is highly correlated with the rise of the crypto market in general. However, the asset has its own peculiarities.

As it is a native token of the Ethereum network, the ETH is transacted every time there is an exchange of value and information (smart contracts). To run this platform, which also supports the Defi protocols, it is necessary to pay transaction fees, called Gas.

Have you ever heard your neighbor complain that the price of gas is too high? It really is. In Brazil and on the Ethereum network, complaints of this type are heard. Returning to the case of Ethereum, network participants have been suggesting and voting for a protocol update for some time to solve this problem.

This is the case of the EIP-1559 code, included in the update of the network called London, which will make the transaction fees fixed. Instead of the user paying according to demand in a supply system the rates will be fixed, the so called “BASE FEE”. The TIP will be a kind of tip for miners, in which the user can pay to request priority for their transaction.

A quick fix is ​​the “rollup”. The technology, which will come before the Ethereum 2.0 update, accumulates transactions and fits them into a single block. Also known as “Layer 2”, or second layer, it is an efficient tool that helps to solve the problem of network scalability.

Buterin said it will increase transaction speed by a factor of 100. However, this is a two-leg sword, Rollups lighten the load on Ethereum by redistributing some of the responsibility for processing a transaction to another chain, which can move the network away of decentralization.

Ether’s role as an asset in Ethereum

So to understand, after the updates, Ether’s valorization is linked to its enormous utility potential. Much of this thesis is based on the growth of the decentralized finance segment and also on the transformation of the internet we know today.

Ethereum is the foundation for building an alternative Internet 3.0-based financial system. This financial system has the ability to be completely open and without the need for a trusted third party. Therefore, this model will need native money to operate. Financial investments in this new scenario need a form of guarantee for their operation, and the only truly reliable asset in Ethereum is Ether.

As a result of this demand, Ether can be understood as an “economic trifeta” or a “triple point” asset that satisfies all the requirements of a new economy at once. As a result, Ether emerges as the best money model ever developed.

How did he achieve this feat? It’s not too hard to explain.

Understand that there are three asset classes, as Robert Greer’s 1997 article explains. What is an Asset Class Anyways?:

The Ether token can be simultaneously inserted into the Internet’s native global settlement layer for digital assets, all of these asset types. That’s why we can say that Ethereum has an essential role in the transaction of value within the internet.

First, being the means of distributing value in the Ethereum network, the token becomes a Capital Asset inserted in the Application Layer of the internet. In addition to the token holders having the right of governance over the asset, they will also receive dividends for the use of the network. It is as if you are the shareholder of the network, as Ether is the title that gives you permission on transaction fees. So every six minutes you get a percentage of your Ether back in relation to the Stake.

Second that he is also a Transformable Asset ​​/ Consumable, as it works as an economical substrate for the entire network. Every time you move an asset, a loan is generated, an exchange is made, a call or put is executed, a DAO is initiated, an Ether is consumed.

Third, and most importantly, Ether is a store of value. With the EIP 1559 update it will become deflationary, but before that, what holds value in the token is the fact that it is behind many other Defi protocols. Ethereum is an open source network. It was built in this way to encourage the development of other applications that also use the Ether token. A Maker stablecoin protocol, for example, is very important to the other existing protocols. This stablecoin with collateral in Ether itself moves the network away from the old national financial systems and creates a decentralized and digital alternative to the new financial system.

What is the future of Ether?

Having explained this, what is the future of the asset?

To reach $20,000 and value more than 1000%, as it did this year, Ether will need to further appeal to decentralized finance protocols. DeFi apps will create valuable services for Ether holders that convince them to lock their Ether within their app, in order to access the service/product of the platform.

Finally, he will have to attract the dollars. Yes, if DeFi is fighting for Ether, and the ETH-Stake rate is also fighting for Ether, as in the figure above, soon there will be fewer tokens available for purchase. So, when demand increases and supply decreases, the tendency is for the price to rise. The ETH price in US dollars is a representation of the cumulative forces pulled by the ETH-Stake rate and DeFi products.

Ether would therefore become a new multi-featured asset class if all these updates and trends in the Defi market materialize. We invite you to follow the development of this disruptive market, as well as the price of Ethereum, joining the group of telegram of Cointimes.