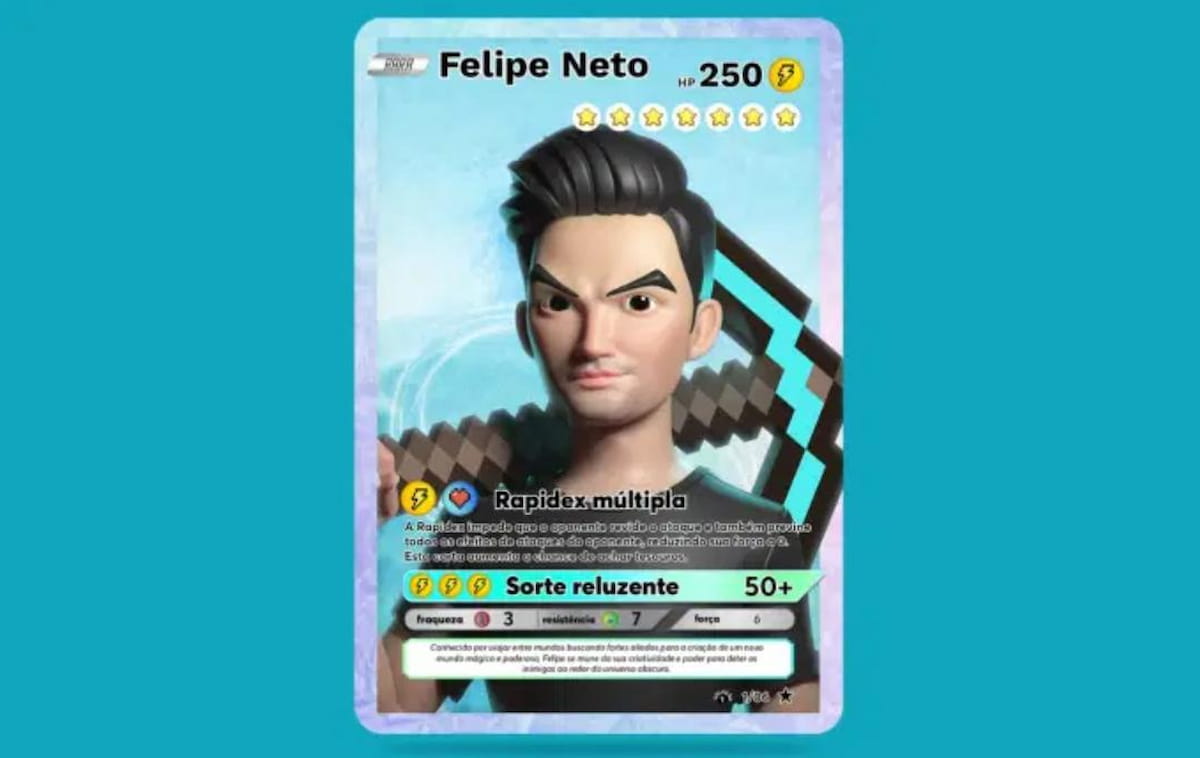 Brazilian Youtuber will sell six digital artworks in launching the 9Block platform, created by its producer and based on the blockchain Hathor.

Brazilian youtuber Felipe Neto is entering the cryptocurrency market and should launch non-fungible tokens (NFTs) through the Play9 studio, a production company in which he is a partner alongside businessman João Pedro Paes Leme.

The new platform was named 9Block, in a project led by Helbert Costa, also a partner at Play9, and is based on the blockchain Hathor, created by Brazilians. The launch of Felipe Neto’s digital artworks, which has more than 42 million subscribers to his YouTube channel, could happen this week.

Unlike most NFT platforms, which use the Ethereum network, the new Hathor blockchain-based platform should have reduced environmental impact compared to more popular marketplaces.

The environmental issue has been one of the biggest controversies brought about by the popularization of NFTs in the last year, leading artists to rethink the release of non-fungible tokens and seek alternatives for environmental compensation.

With the intention of rewarding clean energy mining, Hathor Labs, a software consultancy that develops solutions for businesses and organizations using Hathor Networks, a blockchain created by Brazilian engineers, will launch Hathor Green, the first initiative in the environmental, social and startup governance, founded in 2018.

Hathor Network uses a hybrid consensus mechanism created by engineer Marcelo Brogliato, CTO of the startup, during his PhD. In it, new transactions made on the network receive confirmations both directly from previous transfers (DAG) and blocks mined from the method Proof-of-Work (blockchain). In addition, the network adds other advantages, such as fee-free transactions, advanced technology that allows up to 300 transfers per second (with future expansion capability) and creation of new tokens in a quick and easy way.

The market has great potential, as Mike Novogratz said: “Iconic things will have value despite the market hype”. For Felipe Neto, the important thing is to study blockchain, cryptocurrencies and NFT, said he pointed out that no fan should buy his digital works without researching the subject first.

In addition to the digital arts market, NFTs are also starting to be part of the gaming world, including rewarding players with tradable tokens. If you’re interested in the subject, start studying with our podcast on Blockchain and NFT Games: