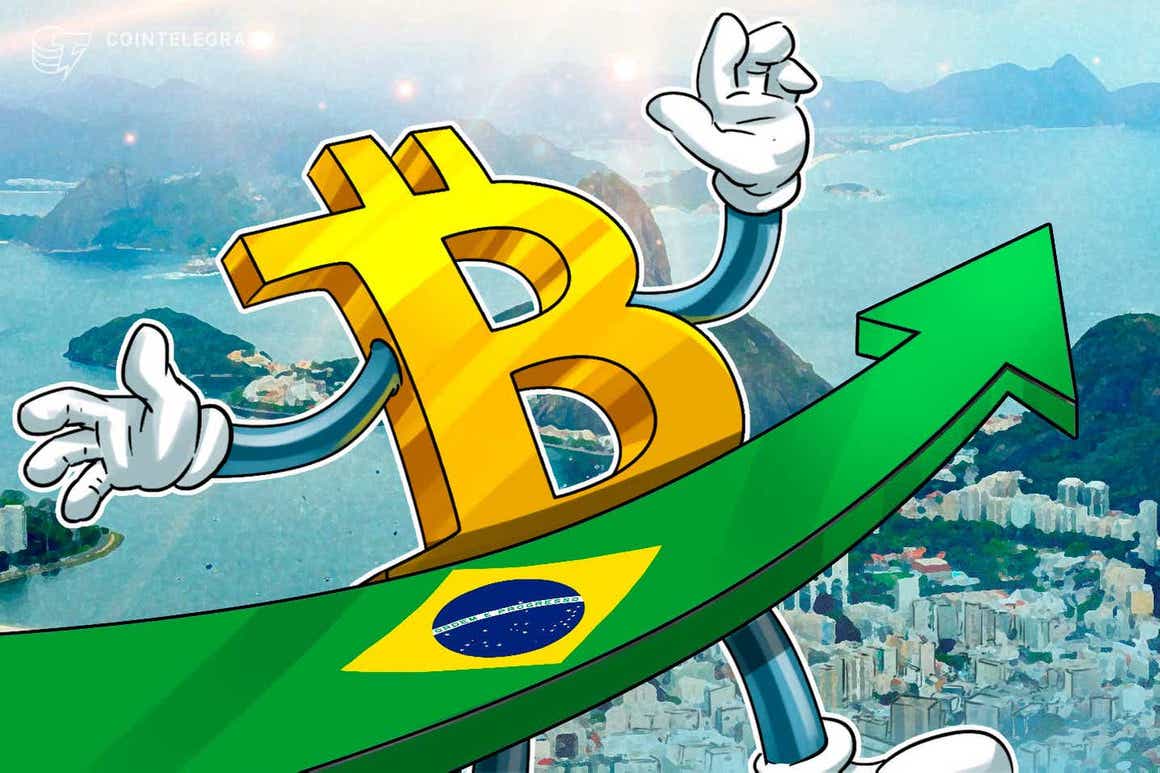 “Everyone is going to invest in cryptocurrencies in Brazil,” said the head of expansion at Hashdex, Roberta Antunes, in a interview to the Invest News website last week. The executive’s confidence is based on the assertion that Brazil has developed a regulation that is friendlier to this asset class and is ahead of most countries, including the US, with regard to the development of a healthy environment for the cryptocurrency market this way.

The existence of five ETFs (index funds) trading on the B3 today, with more than R$5.6 billion in assets under management, is proof of this. Hashdex was a pioneer in offering this new type of financial instrument, with the launch of HASH11 in April of this year. Currently, the product is B3’s third most traded product, and it already has around 140,000 investors and BRL 2.8 billion in resources under management.

HASH 11 is linked to the Nasdaq Crypto Index (NCI), an index that is composed of eight cryptoactives according to market evolution. Every three months the NCI is rebalanced according to pre-defined criteria to optimize the index’s profitability over the long term, said the Hashdex executive. Today, the eight assets that make up NCI are: Bitcoin (BTC), Ethereum (ETH), Litecoin (LTC), Chainlink (LINK), Uniswap (UNI), Bitcoin Cash (BCH), Filecoin (FIL) and Stellar (XMR ). Since its launch in April, HASH 11 has gained 31% appreciation.

After the success of HASH 11, in August the manager launched BITH11, tied exclusively to Bitcoin, and ETHE11, linked to Ethereum, the second largest cryptocurrency by market capitalization.

Meanwhile, in the US, the first cryptocurrency ETFs were only approved since October and yet the SEC (US Securities and Exchange Commission) only authorized the launch of Bitcoin futures contract ETFs.

An ETF pegged to the Bitcoin spot market was rejected by the Commission earlier this month. Antunes also recalled that the first attempt to approve an ETF in the US took place in 2013. Since then there have been more than 10 requests denied before the ProShares Bitcoin Strategy ETF was released.

In Brazil, regulators understood that the demand for cryptoactives was increasing, consolidating as an emerging asset class that presents a good mismatch with traditional financial investments. ETFs are a simpler and safer form of exposure to the market and that is what led the agencies to approve them, said Antunes.

“Many countries could not understand cryptoactives and still have difficulties in regulating the trading environments for these currencies, in addition to various concerns about market manipulation. And I think that, in this context, Brazil was one of the countries that came out ahead.

Today, Brazil already has five cryptocurrency ETFs trading on the B3 and demand continues to increase. After successful launches in Brazil, Hashdex targets the North American market, despite regulatory obstacles. The manager filed the authorization request for an ETF in the US along the same lines as HASH11, based on the NCI, the Victory Hashdex Nasdaq Crypto Index Fund. Although he believes this is an “innovative” producer, the prospects for approval are still cloudy, said Antunes:

“Hashdex works with Nasdaq and Victory Capital in the United States, we believe it is an innovative product, but we still have some regulatory steps that are difficult to predict. The industry is optimistic, we are a global leader in the category, we are pushing some initiatives in the US, but we still have no news.”

As for predictions about the values ​​that Bitcoin may reach in the short term, the manager of Hashdex prefers not to make predictions. While expectations that the BTC could reach $100.00 have cooled with the recent market drop shortly after the new all-time high of $69,000, Antunes points out that cryptocurrencies should be seen as a long-term investment.

Antunes believes that there is plenty of room for the cryptoactives market to grow even more, including in the Brazilian market. She believes that the growing popularization and adoption of this asset class and its lack of correlation with the traditional market will make everyone become a crypto investor:

“I think there will come a time when every Brazilian investor will be normal, when thinking about their allocation, to include cryptocurrencies in the portfolio. They will think about shares, CDI, fixed income, and that 2% or more of cryptos in a long-term universe, up to five years. And the ETFs will facilitate this exposure.”

Hashdex ETFs have also made investors indirectly exposed to cryptocurrencies through multi-strategy funds, which bring together a diverse basket of assets, sometimes without even being aware of it. Therefore, said Antunes, the number of investors in Hashdex products is greater than those counted exclusively by B3.

In the future, in addition to the international expansion plans already underway, Hashdex may create new products linked to emerging sectors of the cryptocurrency market, said the executive. Games and NFTs are under the manager’s focus and the next news may come around.

As reported by Cointelegraph Brazil recently, Hashdex closed a partnership with Brave, a web browser focused on user privacy that has its own native cryptocurrency – the BAT.