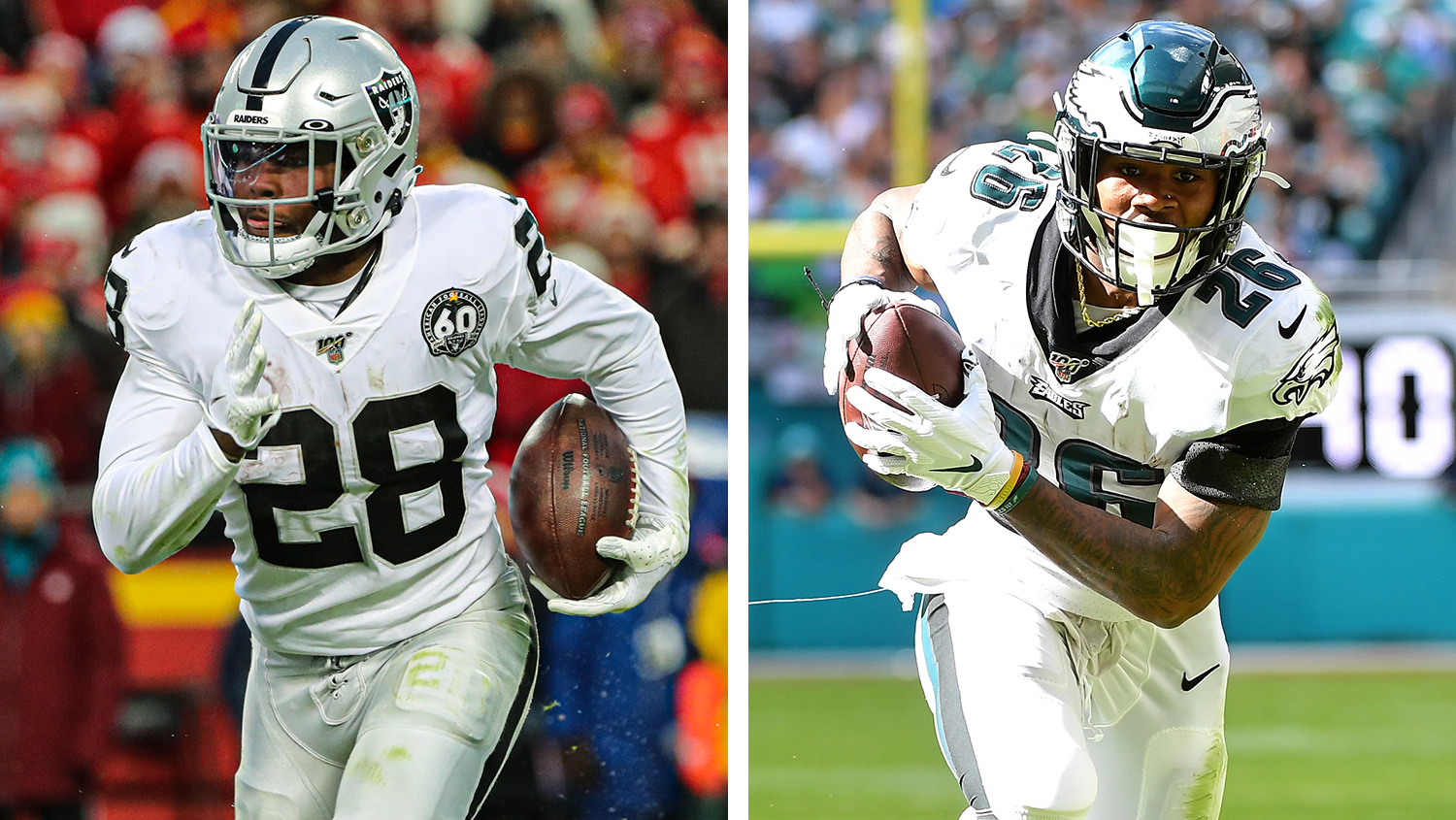 The Oakland Raiders’ already slim playoff chances took a hit on Saturday when the team announced that running back Josh Jacobs will miss Sunday’s game against the Denver Broncos with an illness and shoulder injury.

Jacobs injury opens the door for Miles Sanders to become the first Eagle in 66 years to lead NFL rookies in scrimmage yards. Jacobs will finish the season with 1,316 yards. Sanders is only 40 yards back with 1,276 yards going into the Eagles’ finale against the Giants Sunday at the Meadowlands.

Sanders has 45 fewer touches than Jacobs and is averaging nearly a yard more per touch (5.9 to 5.0). Sanders has six touchdowns, which is merely one less than that of Jacobs.

If Sanders totals 41 combined rushing and receiving yards into the final day of the regular season, he will become the 2019 NFL rookie yardage leader, unless someone like A.J. Brown or David Montgomery gains well over 300 yards which is very unlikely.

As recently as Week 11, Jacobs led Sanders by 329 scrimmage yards. Jacobs, then went on to miss two of the Raiders’ last three games which gave Sanders the opportunity to close the gap, thanks in large part to to huge games against the Redskins (172 yards) and Cowboys (156 yards).

The three leading candidates for NFL Offensive Rookie of the Year are Sanders, Jacobs and Cards quarterback Kyler Murray, the No. 1 overall pick in this year’s draft. After upsetting the Seahawks in Week 16, Kyler Murray has tightened up the race for OROY heading into Week 17, as his odds are +180 compared to Jacobs’ -170

Don “Heartbeat” Johnson was the last Eagle to lead NFL rookies in scrimmage yards in 1953. He was a third-round pick out of Cal and had 439 rushing yards (and a 5.3 average) and 12 catches for 227 more yards as a rookie for 666 net yards. Gern Nagler of the Cards was second with 610.