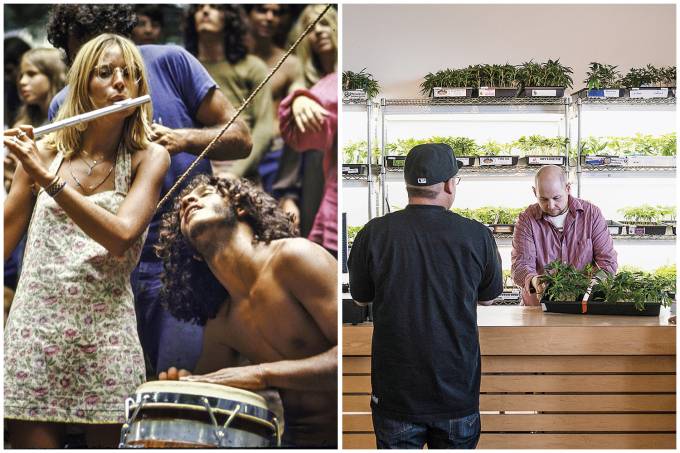 Not long ago, talking about marijuana inevitably meant discussing its narcotic and addictive effects on users and the whole police aspect that involves illicit drugs in the country. At the other end of the debate, defenders sought to minimize risks and invoke the defense of individual rights for their use, as has been happening since the days of the hippie movement, celebrated at festivals such as Woodstock. This clash, laden with ideological connotations, begins to lose space for another type of discussion, now guided by scientific and economic principles.

Several countries, including Mexico, Uruguay, Canada, the Netherlands and the United States, have decriminalized the recreational use of marijuana. A Brazilian who lands in Los Angeles cannot help but be surprised by the amount of billboards from companies that offer the substance online. In parallel, there is an increasing number of nations that allow the sale, manufacture and import of products that use derivatives of the marijuana plant (the Cannabis sativa) in the elaboration of medications for the treatment of diseases such as epilepsy, multiple sclerosis, arthritis and others that cause chronic pain. France, the United Kingdom and Germany, to name just a few examples, fall into this category.

The processing of cannabis derivatives, free of the components that cause hallucinogenic effects and addiction, has become a thriving branch of the pharmaceutical industry, with the potential to move $ 62 billion over the next three years. Renowned companies such as the German giants Bayer and Merck carry out research in the area and investment funds invest resources in startups that explore this new market.

In Brazil, despite the resistance of the government of Jair Bolsonaro and his followers, there is a promising segment of pharmaceutical and business research. Currently, a derivative of cannabis for the treatment of a rare type of epilepsy. A number of companies of the most varied sizes are dedicated to importing and offering versions made abroad of medicines that benefit around 30,000 people duly authorized by Anvisa for purchase and consumption, with medical monitoring. With less restrictive laws, this contingent can exceed 1 million beneficiaries and create a market of 4.7 billion reais. It is a scenario that deserves to be taken seriously and does not include simplistic and biased discussions, based on anachronistic views. Check out the report that starts on page 44.