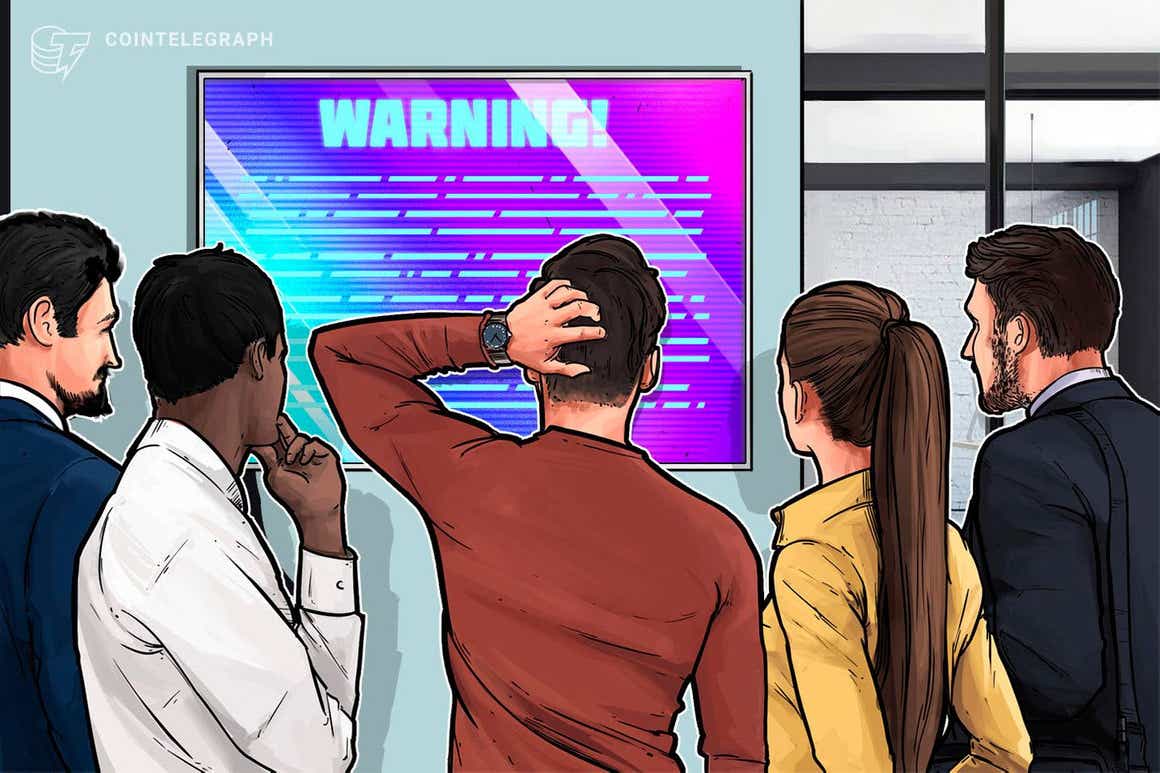 Cryptocurrencies aimed at the metaverse ecosystem are not strong enough to resist the selling pressure that has been hitting the entire cryptocurrency market and could drop more than 20%, with two of the largest Axie Infinity metaverse tokens (AXS) and The Sandbox (SAND) leading the way down.

This is the analysts opinion Jonathan Morgan and Akash Girimath, both of FXStreet, what point out in a recent analysis that the charts are not favorable for metaverse tokens.

According to Morgan, in the case of AXS, the crypto asset is at a standstill in relation to the daily Tenkan-Sen, generating a new lower high and setting Axie towards another low.

“Axie Infinity’s price has jumped a good 22% from Monday’s lows, but sellers have entered Tenkan-Sen and thus have prevented AXS from moving above Tenkan-Sen. As a result, there are more bearish warning signs within the oscillators,” he said. 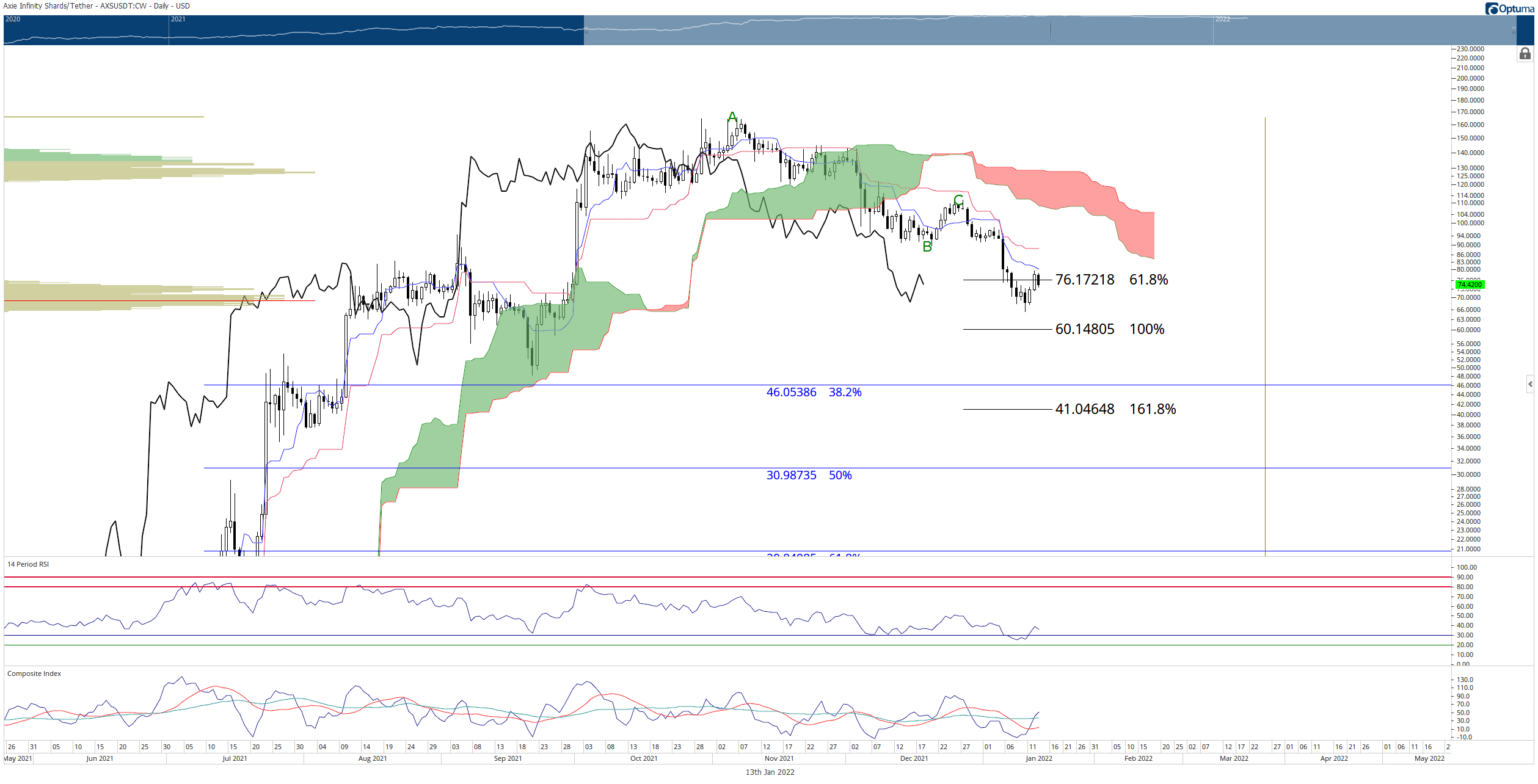 “The combination of the rejection against the Tenkan-Sen and the hidden bearish divergence with the Composite Index provides significant weight to a short-term bearish bias. Sellers can push the Axie Infinity price into a shared support zone between the 100% Fibonacci extension at $60 and the Volume Point Of Control at $67,” he said.

Also according to him, if the bulls want to deny any lower move first they will need to push for a close slightly above Tenkan-Sen at $80. After that, a close above Kijun-Sen, currently at $90.

“The ideal setup for Axie Infinity to display a clear and undeniable uptrend is a close-up above the cloud with the Chikou Span in open space. The earliest this can occur is at $127, not an insignificant move that would need to occur.” , ends.

Girimath points out that the price of SAND is seeing a slight deceleration after its recent uptrend.

“The sandbox price is up 20%, creating a demand zone, ranging from $4.21 to $4.77. Investors can expect the SAND to retrace lower after this rise and, in some cases, the pullback. can retest the aforementioned demand zone,” he said.

He points out that a four-hour candlestick closing below $4.21 will create a lower low, invalidating the bullish thesis for the SAND. This move could pave the way for the Sandbox price to drop and retest the $4.08 support level where buyers can attempt another comeback.

“If selling pressure remains high, SAND could revisit the $3.88 position,” he said.

However, he also points out that the token could reverse the trend and start another rally if it breaks the $5.52 resistance, constituting a 15% rally from $4.77. 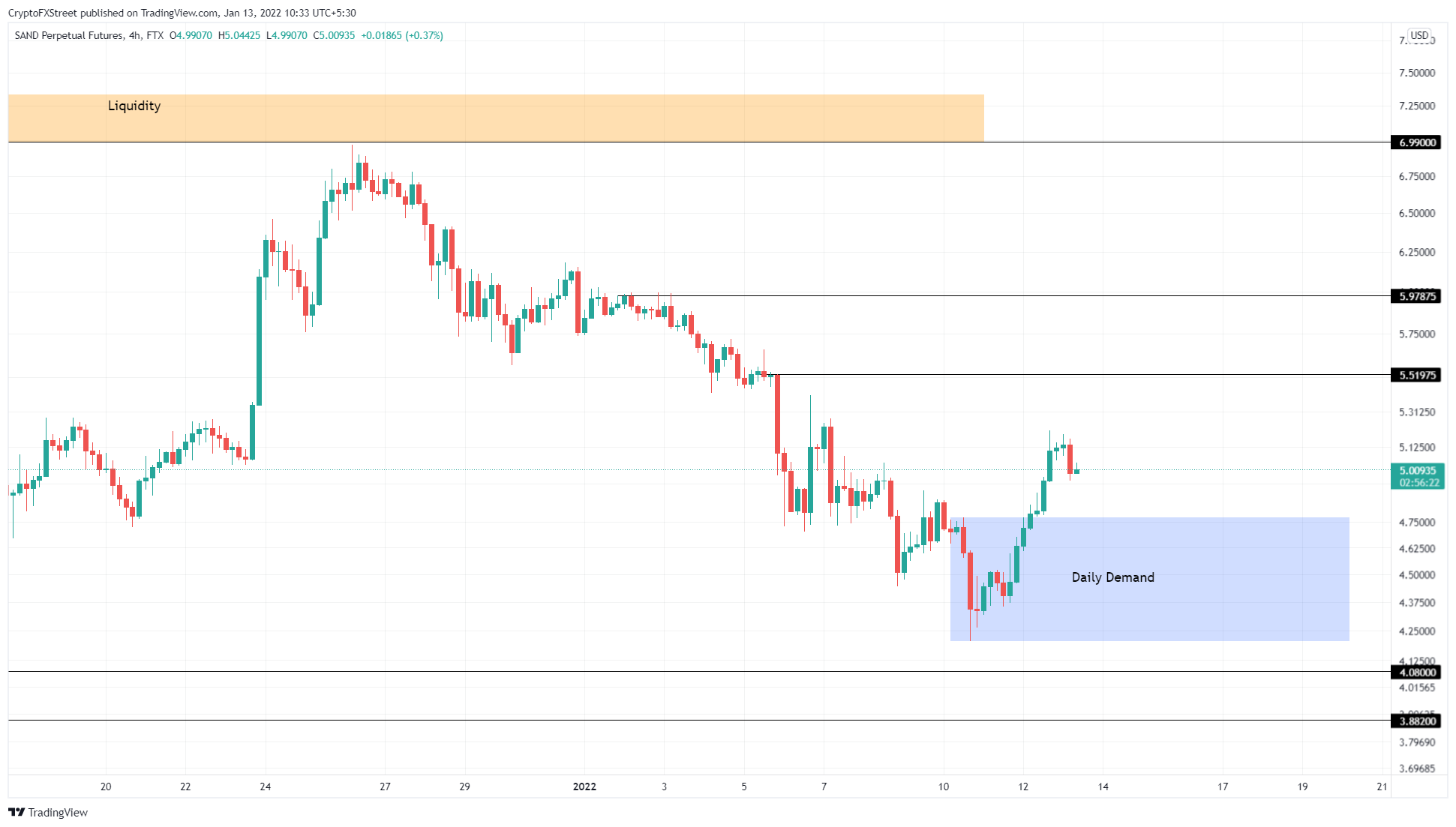