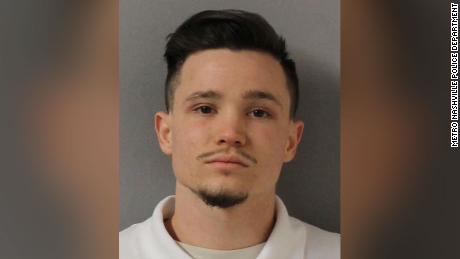 The Metro Nashville Police Department have identified a suspect in the stabbing death of Clayton Beathard, the younger brother of San Francisco 49ers player C.J. Beathard, and another man.

The police issued an arrest warrant on Monday night against Michael D. Mosley, 23, charging him with two counts of criminal homicide and one count of attempted criminal homicide. Police say Mosely is a danger to the community and they are asking for the public’s help in locating him.

Speaking at a Monday news conference, police spokesman Don Aaron said the investigation shows that Mosley made unwanted advancements toward a woman inside the bar, who was a friend of the victims’. That led to a verbal dispute and then a physical fight once the parties made it outside. The investigation further shows that Mosley was armed with a sharp object during the fight, which was used to stab the two victims.

The third victim, AJ Bethurum, 21, was also taken to Vanderbilt with injuries to his eye and arm. Officials say he continues to recover.

Mosley was among four persons wanted for questioning who were depicted in a surveillance video released by the police department Saturday night. One woman and one man from the video have been interviewed, but a man wearing a Nike sweatshirt has not been located, according to Aaron.

His elder brother, C.J. Beathard missed the 49ers game Saturday night as he had to return to the Nashville area to support his family, a statement from the team said. The 49ers beat the Los Angeles Rams 34-31.  The victory was secured with heavy hearts.

The Beathard brothers performed in local talent shows growing up with C.J. on lead guitar. Clayton, who was known as Clay, also played guitar. Brother Tucker Beathard played drums. He is now a country music singer with one Top 10 hit to his name, the San Francisco 49ers media guide revealed.