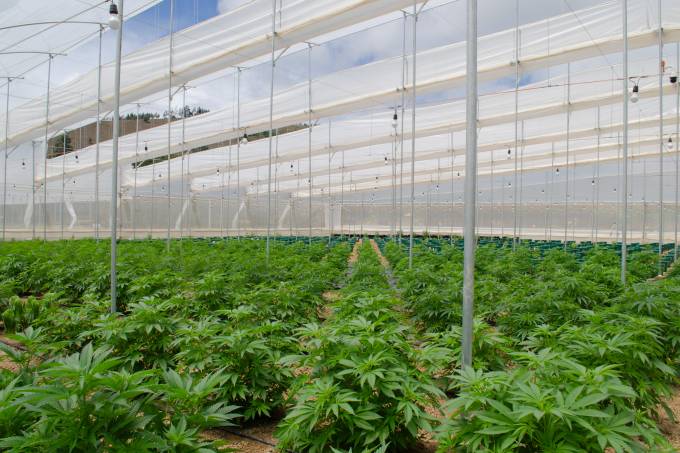 “The pharmaceutical industry does not plant its inputs”. Supported by this premise, the American Kyle Detwiler, CEO of Clever Leaves, presents himself as the preferred farmer to supply inputs extracted from cannabis. “We have worked for more than four years and invested a quarter of a billion dollars to achieve this standard of cultivation and processing. This puts us in a privileged position to negotiate with industries interested in substances obtained from the plant, ”he said in an exclusive interview with Cannabiz last week. Detwiler refers essentially to the certification granted by the European Union authority in July last year and considered a reference in the pharmaceutical segment. With the document in hand, Clever Leaves intends to explore the opportunities opened in Brazil by RDC 327/2019 from Anvisa, which establishes rules and criteria for the import, manufacture and commercialization of products with cannabis.

Unlike the countless companies that operate here importing their medications based on RDC 17/2015; which disciplines compassionate use, the Colombian multinational bets on the pharmaceutical front to dominate the Brazilian market. “Brazil has found an interesting way to regulate cannabis. By privileging the pharmaceutical standard for the registration of products, the country will offer patients the highest quality therapies at very affordable prices ”, he says. To produce the IFAs (active pharmaceutical ingredients) that it intends to sell cheaply and in large volumes, Clever Leaves maintains 177 thousand square meters of cannabis plantations, in Colombia and Portugal. In its European certified extraction unit, in the vicinity of Bogotá, the company has the capacity to process 104 tons of dehydrated flowers per year, with the expectation of expanding to 300 tons / year in the short term, depending on small investment, according to its prospectus for investors.

With such a large supply of biomass, Detwiler minimizes the advantages of an eventual release of cannabis cultivation in Brazil, an idea that is being discussed in the Chamber of Deputies under PL 399/2015. “Not all countries need to participate in all stages of the medical cannabis chain. I believe that Brazilian companies will be much more efficient when they focus on commercial and distribution strategies, to expand the population’s access to therapies with the plant. There is already enough raw material available at affordable prices, not everyone needs to grow it ”, he defends. For the executive, the creation of a cannabis agroindustry in Brazil aimed at the production of certified pharmaceutical inputs would consume years of work and cost millions of dollars, leaving patients unattended in the period.

Now, less than three years after the start of its first cultivation in Colombia, in November 2018, Clever Leaves believes it is ready to conquer markets worldwide as one of the pioneers in supplying the industry. “In fact, if you look at the compassionate segment, there is a certain saturation, with an excess of supply. When, however, you see the side of inputs with a pharmaceutical grade of quality and an international certificate of good practice, the numbers remain very favorable ”, defends Detwiler. In practice, Clever Leaves is positioning itself to sell, at reduced prices, the substances extracted from the plant to any industry that intends to establish a brand of cannabis in Brazil or anywhere else in the world. In the targets for the 2021/2022 biennium, Detwiler included the first commercial exports from Portugal, sales with its own brand in Germany and the launch of the first CBD product in the United States. “Our goal has always been to produce and sell cheap medicines,” he repeats.

Among Brazilian companies, Detwiler has already closed deals with GreenCare, Verdemed and Entourage Phytolab. The partnerships were celebrated in the model known as “white label”, in which Clever Leaves supplies the IFAs and the buyers finalize the industrialization to market them with their own brands. In the deal with GreenCare, for example, it received $ 2 million on the spot and a commitment to acquire another $ 4 million in products over the next three years. With Verdemed, in addition to Brazil, Clever Leaves will also supply medical cannabis to Peru, a market where this partner has a relevant presence. Entourage was even more daring, with a $ 11.4 million contract, also over three years – here included formulations ready for compassionate use, in addition to the IFAs.

Detwiler sees room for more aggressive expansion in the region. “We are the only cannabis producer in Latin America with a pharmaceutical standard certified by a European health authority. This is a considerable advantage, since our potential competitors will take at least the same time and will need the same amount of capital to get to where we are today ”, he adds. Thus, if the fundamentals of the business are correct, the entry of Clever Leaves medical cannabis in Brazil may deteriorate the economic conditions for the establishment of competitive legal crops here. For this to happen, however, it is necessary for the company’s cannabinoids to reach prices substantially lower than those practiced by the companies that today have labels registered in the country: GW Pharma and Prati Donaduzzi. We will have the answer when GreenCare, Verdemed and Entourage products arrive at pharmacies.