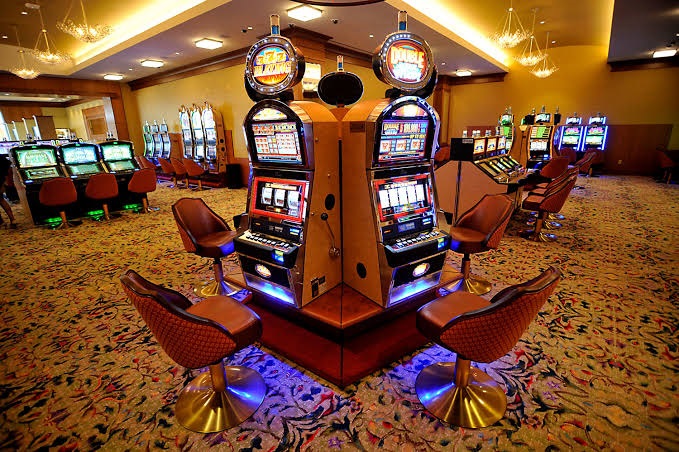 A mob of angry gamblers at Resorts World Casino in Queens have been smashing slot machines in fits of frustration — but a regular claims he was falsely accused by security of attacking a one-armed bandit.

Nearly 500 people have been detained for criminal misconduct, mainly for breaking slot machines, since the gambling mecca opened in 2011. However Bronx resident Pren Mrijaj has a different take on this. He says the casino has gotten into the habit of accusing people of breaking the machines, and then detaining them until they pay up — “larceny by extortion.”

Mrijaj alleges that there are at least 150 people who have been wrongfully detained by Casino personnel.

Casino security expert, Alan Zajic said bitter bettors bashing slot machines is not unheard of — but seems to be more of an East Coast phenomenon. He added: “If a person gets mad, they hit it with their bag or punch it with their fists and break it. I will tell you it tends to happen more often in markets on the Eastern seaboard.”

Mrijaj was a high roller at the Ozone Park casino when security guards interrupted his game of roulette one night in 2018 and dragged him to the basement, he said in court papers.

Mrijaj says that he was held in the room for hours by the guards. They accused him of breaking a slot machine but refused to show video evidence. He denied damaging anything.

Police were called and Mrijaj arrested, but the case was ultimately dismissed. He returned to Resorts World more than a year later and even called to make sure he was OK to return.

He took another spin at the slots, and won. But as he was ready to cash in a $5,000 voucher, Mrijaj claims he landed in the same basement room and was asked to pay more than $1,600 for the broken slot machine from the year before, court papers say.

After more than an hour, he finally ponied up the cash.

Resorts World refused to comment on the litigation, however said broken slot machines do happen, noting, “the heavy foot traffic and exciting atmosphere can cause some wear and tear on the machines.” The casino has more than 6,000 slot machines for its 10 million annual visitors.