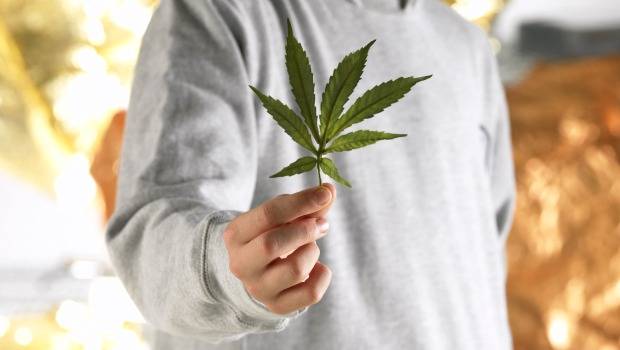 In last week’s post, I made a comparison between the prices of Cannabis available legally in Brazil. Based on the data collected directly on the websites of selected importers and manufacturers, I pointed out that there is practically no difference in values ​​when comparing the national product with the imported one. The statement is in fact counter-intuitive, which generated great repercussion and some controversy. The main reason for criticism concerns the legal and economic nature of cannabinoid suppliers. Those who criticized the text believe that I was not emphatic enough to report that the only national representative on the list is an NGO and not a company.

In the post, I wrote: “I made a survey of the prices practiced by some of the main cannabinoid importers in Brazil and also by Abrace, a patient association based in João Pessoa (PB), which grows its plants and produces Cannabis derivatives locally.”. The information was there, but I recognize that the reservation deserved more emphasis and contextualization, to avoid comparisons taken literally, or better, numbers. As I also wrote that “the survey below does not claim to be a definitive analysis of the Brazilian market, but rather to serve as an initial reference… ”, I return to the subject and make new provocations to the market and its regulators.

When I set out to research prices, I didn’t know what I would find. Like many people, I was also surprised by the result and, precisely for this reason, I took him to the post’s title. But we must go beyond what the first assessment tells us and ask the fundamental question: why does this happen? Many felt it was unfair to compare an NGO with multinational companies, which receive millionaire investments and can charge more attractive prices to conquer the market. For an NGO, funding comes mainly from its associates, patients and donors. The funds obtained are, as a rule, reinvested in the maintenance and eventual expansion of the entity itself. In this perspective, instead of evaluating price at price, we must recognize that, despite its limited economic power, the Paraiba association is extremely efficient and manages to offer products of proven effectiveness at competitive prices, even when compared to those of the pharmaceutical industry.

Another way to analyze the issue is to include Mevatyl in the equation. The only cannabis-based medicine that is already registered in Brazil, the product has been marketed since 2018 in packs of three 10ml ampoules at an average cost of R $ 2,700. Each milliliter of Mevatyl contains 52mg of cannabinoids (27mg of THC + 25mg of CBD). In the price / concentration account, the cost of the Mevatyl cannabinoid milligram is R $ 1.73, which makes it the most expensive among all the products surveyed. We return to the question: why does this happen? And more: will prices rise from March, when the regulation changes and new products can be registered in Brazil and sold in pharmacies, as is Mevatyl?

So far, this is the main difference between the imported ones: one is sold at the pharmacy, the others are brought from abroad with authorization from Anvisa. What will happen when new products are sold in pharmacies: will their prices go up or will Mevatyl become cheaper? Another doubt that we should see resolved soon will be the price charged, then yes, for a product 100% national and produced by an industry and not by an NGO. Here I refer to the expected medicines from Entourage Phytolab, the only company authorized to import raw materials in natura and producing cannabinoid drugs in the country. The expectation is that these products reach the market later this year.

All of these questions are far from trivial and are intrinsically linked to the regulations that we have been able to approve so far. As I also wrote, the rules approved by Anvisa are extremely favorable to the imported product and to the large industry (and also to the illegal market, but this is the subject of a next post). It is not possible to cultivate legally in Brazil and, in the proposals that aim to authorize cultivation, security requirements are foreseen that would practically make investment impossible due to the high costs and commitment of initial capital. That is, importing may continue to be cheaper. Buy from the dealer, too.

Finally (for the purposes of this post, not the subject), it is worth noting that not all health professionals who study and prescribe medical cannabis agree with the price comparison based on concentration (R $ per milligram of total cannabinoids in the bottle), widely used in the United States. For many conditions, products with lower concentrations are even more effective than the most potent. Exaggerating the dose can bring undesirable effects and even aggravate the condition that was intended to treat, as I have heard from several doctors and patients. Thus, bottles with more accessible prices, such as those sold by associations, even though they bring lower concentrations of cannabinoids, can make a difference in the lives of thousands of people and guarantee access to treatment for a much larger portion of the population.

I would like to thank everyone who spoke on the subject and I invite you to maintain the high level of debate that we are trying to stimulate here. I have learned many things in the last few days and I believe that this is how we should walk. It is not just us Brazilians who are learning to deal with this plant again, known for millennia by humanity, but hidden from society for so many years. The whole world is facing the challenge of regulating its use and the principles to be pursued must be freedom, inclusion and health.