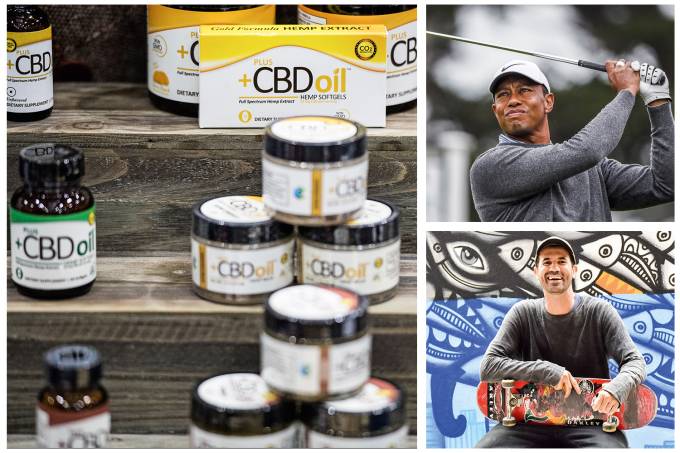 Substance extracted from the leaf of marijuana, cannabidiol revolutionized the treatment of diseases such as epilepsy and other syndromes that affect the central nervous system. Even though CBD, the acronym by which the compound is best known, does not have a psychotropic effect – THC does it, another substrate of cannabis – and it is not addictive, there are still those who offer resistance to the supposed benefits (yes, there is a consensus on the need to further study all its effects on the human body). In the United States, however, it is already possible to buy (without a prescription) several CBD-based products. They are edible oils, creams and candies, whose therapeutic properties can alleviate a series of health problems, including chronic pain and inflammation. According to CBD advocates, the preparation is safer than analgesics, especially those based on opioids, which do cause dependence. Faced with such noise, the group of people who started to adopt cannabidiol in their daily routine is increasing, among them high-performance athletes. United States soccer player Megan Rapinoe, twice world champion, wears. Golf legend Tiger Woods, colleagues say, chews gum that contains cannabidiol.

“Look, the pothead skater was at the forefront”, jokes the Brazilian skater Bob Burnquist, who owns fourteen gold medals at the X Games, titles equivalent to a world championship in the sport, and who has long advocated the marijuana – so much so that CBD’s own brand, Farmaleaf, is opening on American soil. “I have already broken more than forty bones in the body. If I am still competing today, at 43, it is because of the treatment I do with plants, ”he says. Before anyone raises his finger to say that an athlete should always play fair, a warning: since 2017, Wada, the world anti-doping agency, has removed CBD from the list of prohibited substances. “It is a fallacy to say that an athlete does not use drugs. Any medication is a drug. And almost every athlete uses many medications to control pain and inflammation ”, says doctor Paula Dall’Stella, a pioneer in the prescription of cannabis medicine in Brazil. “The continuous training process, of pushing the body to the limit, causes great stress to the body.” If it is already clear that cutting-edge sport is not always synonymous with health and well-being, we can give CBD at least the benefit of the doubt.