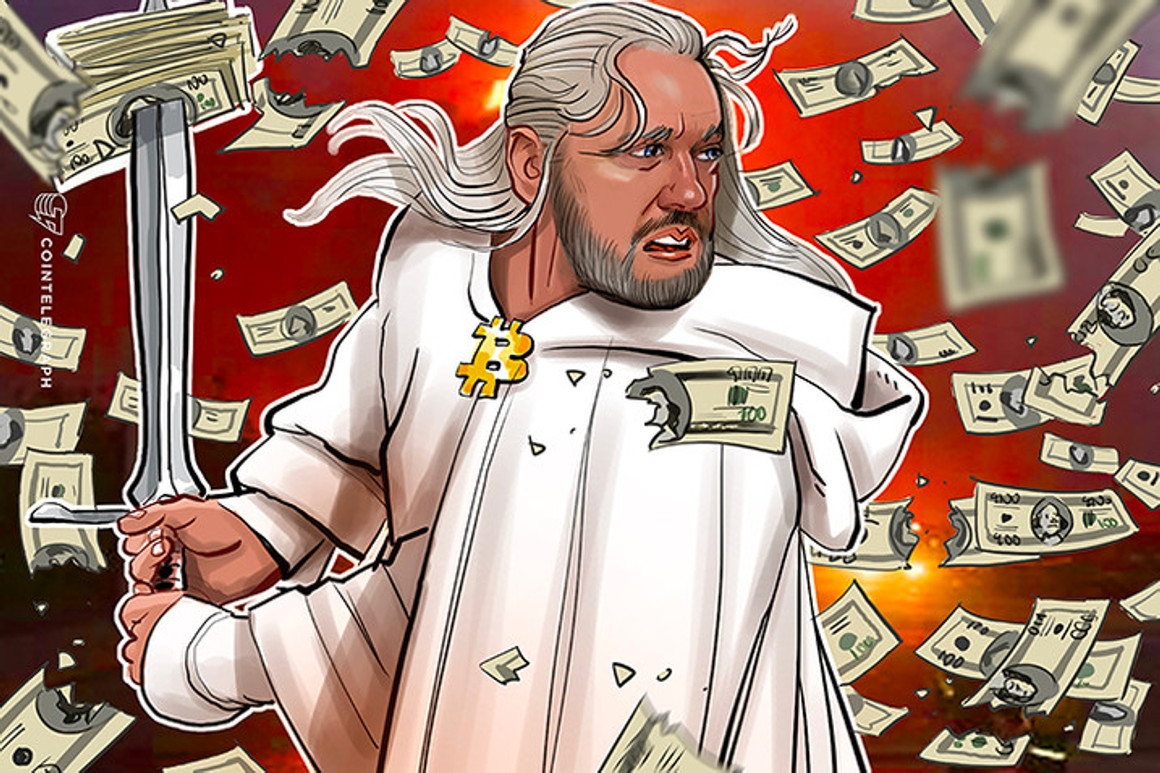 Gabriel Shipton, younger brother of the founder of Wikileaks, Julian Assange, who is currently imprisoned in London, called for more support from the Bitcoin community in the campaign for the freedom of the activist, and warned: “Bitcoin could be next.”

Shipton wrote a lengthy article on the Bitcoin Magazine portal, saying that the espionage charge against Assange is not only an attack on the United States First Amendment, which deals with individual freedoms, but is also a crusade against the free internet and ultimately analysis, against Bitcoin.

He said he visited Assange in prison in August 2020 and found his brother more dejected than usual:

“I went to see Julian at HM Belmarsh Prison and realized that something had changed. After years of what the United Nations representatives formally classified as psychological torture, the effect on him was more visible than ever. I realized that it was now my turn to help. my brother. We talked about things like the response to COVID-19, when our father would slow down, in addition to the distractions and consequences of QAnon. However, one of his favorite topics was Bitcoin and cryptocurrencies. “

Shipton gives more details about the conversation with Assange about the crypto market:

“WikiLeaks and Bitcoin were born out of the cypherpunk movement. And it was in those embryonic days of the Cypherpunks’ mailing list that Julian began his long intellectual interest and curiosity in Bitcoin. Julian participated in discussions and debates that cemented the values ​​of the cypherpunk movements around freedom. , privacy, technology mastery and coded curiosity. Most of the suspected Bitcoin creators and early supporters belonged or were inspired by this community of thinkers. “

He says that in 2010, after the publication of Wikileaks material on the wars in Iraq and Afghanistan in the Bush and Obama administrations, the organization was the target of an international financial blockade, with Visa and Mastercard refusing to process donations and persecution of banks and PayPal to Assange’s accounts.

It was then that none other than Satoshi Nakamoto appeared in the life of the founder of Wikileaks, who asked the founders of Wikileaks not to adopt Bitcoin for donations, fearing that the authorities would also pursue the first cryptocurrency, which was only a year old:

“It was in these circumstances that Satoshi (whoever he was) made an appeal to WikiLeaks not to accept this nascent digital currency for donations and thereby renounce the attention it could attract. Satoshi feared that Bitcoin would not survive if the protocol faced the same scrutiny and political pressure that WikiLeaks was dealing with. Julian and WikiLeaks responded to Satoshi’s requests. “

After six months of suspension on donations in BTC, the relationship between Wikileaks and Bitcoin narrowed in the following years and the organization was the first in history to accept Bitcoin as a form of donation, in June 2011. In the next 10 years, the largest cryptocurrency has helped Wikileaks circumvent economic blockades by governments and large companies, keeping the portal censor-proof and expanding its publications over the years.

Assange’s brother also recalls that Bitcoin and WikiLeaks are inherently anti-establishment and that for this reason they have always been attacked by authorities and institutions:

“A decade of individual attacks on reputation, plots to poison Julian and target his newborn baby, abuse of power to try to restrict his movements and limit his expression. In April 2019, my brother was arrested on charges of the Espionage Law from the USA in 1917. Despite serving the maximum sentence of 50 weeks (…) Julian is now imprisoned in Belmarsh prison on the outskirts of London for two years, separated from his fiance and two young children during a global pandemic. “

The UK court has since rejected Assange’s extradition request, “concluding that extraditing him would be tantamount to prescribing the death penalty”, but the bail was likewise refused and the Wikileaks founder awaits an appeal hearing in the High Court. UK. Gabriel Shipton warns of the government’s persecution of the media and even of high-tech executives who displease the country’s interests:

“But it’s not just journalists and editors who are in trouble. Those who haven’t received protection from media corporations – bloggers, podcasters, YouTubers – are all on the same path. It’s even more worrying for Bitcoiners, since extradition treaties in force after 9/11 are now being used against technologists who conflict with US interests. Mike Lynch of Autonomy in the UK or Meng Wanzhou of Huawei in Canada are some examples. he finished.”

Finally, Julian Assange’s brother calls for support from the Bitcoin community and evokes “the fundamental beliefs” of the largest cryptocurrency and Wikileaks:

“Bitcoin and WikiLeaks are the utilities of a free internet. They are necessary for it to develop and prosper in a meaningful way. Both born out of the cypherpunk movement, Bitcoin and WikiLeaks have remained true to their views of decentralization and transparency. The power of the community cryptocurrency has grown exponentially, with that power comes the responsibility to defend Bitcoin’s fundamental beliefs in the face of imminent institutionalization.

My hope is that the rational technologists who have made big bets against the system will come together to see the benefits of defending one of their brothers and their own cypherpunk roots. As in 2011, when it was adopted by WikiLeaks, Bitcoin has yet another opportunity to show its power to the world. A victory by Julian Assange will demonstrate to the waves of corporate and regulatory interests that the cryptocurrency community is willing to use its power to defend what it believes in. “

Wikileaks and the Assange family have now launched a campaign to raise 40 Bitcoins that will help pay the costs of the lawsuits against Julian Assange, in a partnership with Germany-based non-profit organization Wau Holland.